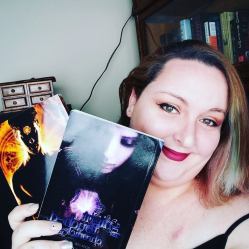 Please introduce yourself and tell us something about your books.

My name is Maegan Provan, and I am the author of The Night Touched Chronicles, as well as the prequel mini series, Becoming Night Touched. Created by the First Born, The Night Touched created the bloodlines from which all modern day vampires descended. Different because of their incredible powers and advantages in the human world, The Night Touched were a special kind of vampire. However, they were believed to have died out centuries ago, and had been reduced to little more than whispers in the vampire world. Until now. Harper believed that she was the only modern Night Touched in existence. The reasons behind her creation were unknown and she had been abandoned during her change. Eventually she was found by Lily and Jason and taught how to handle what she had become. She learned how to blend in with the human world and even made herself in to quite the socialite of the New York City elite scene. After a plea for help in her dreams and the dangers of a forbidden love, Harper is sent down a path to discovery; not only is she not alone, she’s about to face her worst nightmare – a slayer named Silas with a finger on her nonexistent pulse.

What genres do you write in?

Primarily Urban Fantasy, but I enjoy New Adult, as well. 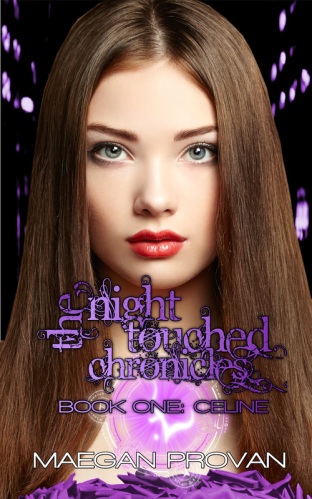 When did you first realize you wanted to be a writer?

I’ve always wanted to be a writer. I grew up looking up to my granny, who was a published author herself. She always encouraged my writing, and that was a big deal for me. I wanted to be like Granny. It kinda stuck.

How long does it take you to write a book?

Unfortunately, right now it’s take about a year and a half, to two years to finish a novel. I am working to get that down with the next novel

How do your books get published?

Where do you get your information or ideas for your books?

The internet is a great source for information. Of course, you have to weed through the bad stuff to get to the useful stuff. A lot of my ideas come from obsessions or weird, out of nowhere ideas.

What was one of the most surprising things you learned in creating your books?

That the majority of the community is so supportive and so helpful. This is a dog eat dog business, but I have met so many amazingly wonderful people. Granted, there are still some bad eggs out there, that’s unavoidable. But yeah, this community has been the most surprising thi 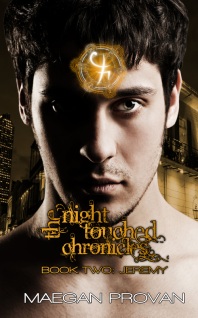 Do you have any strange writing habits?

I don’t think it’s too strange, but I talk to myself. Well, more-so, I talk to my characters, but they’re my creation, so I am talking to myself by extension. It makes it less crazy if I admit to knowing it’s crazy, right?

How important are names to you in your books? Do you choose the names based on liking the way it sounds or the meaning?

The characters are pretty good about telling me. I used to say that Harper’s original name was Amelia, but the more I think about it, the more that’s not true. I had a weird vampire story that started off as a Buffy fan-fic which was turned into it’s own thing. The only one I actually had to work out was Jason, one of the supporting protagonists. He started off as James, but his partner’s name is Lily… And you see why I had to change it.

Is there a certain type of scene that’s harder for you to write than others? Love? Action? Racy?

Racy scenes. I go into the story with the intention of being edgy and sexy… Then I get embarrassed about half way through and I have to give up.

Have you written any other books that are not published?

Currently working on anything?

I am trying to finish up the rewrite for Book 1 of The Night Touched Chronicles, and that’s really it.

Who are your favorite authors? Do you read many books by indie authors?

Tricia Drammeh, and Joleene Naylor, hands down. They are my closest writing friends, and constant sources of inspiration. I love those ladies. They are both indie authors, and I try to read indie books as much as possible.

What secret talents do you have?

I can go from focused to distracted at the speed of… squirrel!

What is the toughest criticism given to you as an author?

A couple of people thought that Harper was too mopey and that she didn’t have enough range of emotion to be considered a main character. That was one of the hardest things to hear about my books in general. I’m sure there is other stuff, but that is what sticks out to me.

What has been the best compliment?

That my take on vampires is new and different. That was the coolest thing to me. In an overly saturated genre, you want to stand out. 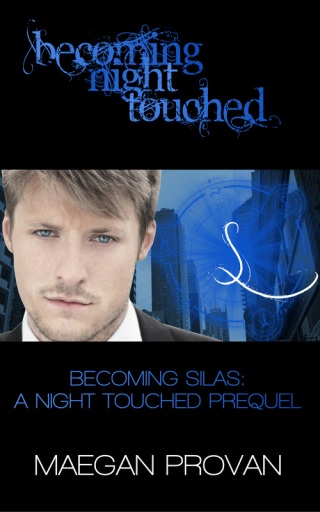 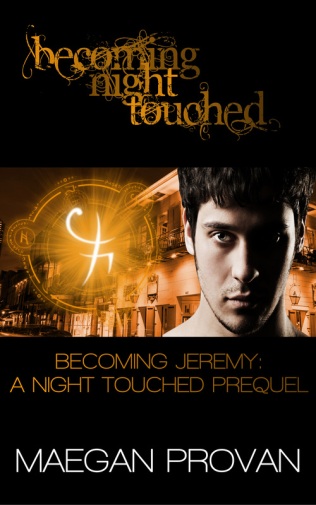 Could you tell us a bit about your most recent book and why it is a must-read?

My most recent release is Becoming Night Touched: The Collection, which is a collection of short stories about the main characters in the moments before their lives either ended or changed.

Do your characters seem to hijack the story or do you feel like you have the reigns of the story?

I let my characters lead the story for the most part. The only time I have to intervene is when someone tries to take the story in a direction that I am not ready for it to go.

Of all the characters you have created, which is your favorite and why?

They’re all my favorites for one reason or another. I can’t pick just one!

What do your friends and family think of your writing?

For the most part, my family and friends like it. A lot of them are not in to vampire fiction, so that’s a thing. However, they’re mostly proud that I have done something that I put my mind to.

What is your advice to Indie Authors? On writing? Marketing?

Just go for it. Don’t worry about ‘what ifs’ or what’s in. As for marketing, I would say ‘don’t spam, pay attention to group rules, and be nice.’

Nothing set in stone yet. I keep hoping to get Celine done, but I figure it’ll happen when it happens, haha.
A huge thanks for sharing with us!
For more info check out the website!
http://www.maeganprovan.com/