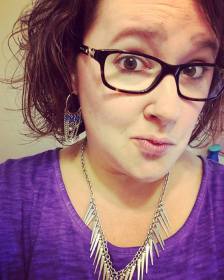 Susan Renee wants to live in a world where paint doesn’t smell, Hogwarts is open twenty-four/seven, and everything is covered in glitter. An indie romance author, Susan has written about everything from lawn mowers to thick colossal bottles of wine, and has won a Snuggle Buddy award for her nonfiction book, “The Hula Hoop Tester’s Guide to Jumping.” She lives in Ohio with her family and seven tiny donkeys. She’s a Pet Whispering major from OMGU with a Masters in medical care for inanimate objects (a la Doc. McStuffins). Susan enjoys crab-walking through the Swiss Alps, drinking Muscle Milk, and doing the Care Bear stare with her closest friends.

Please introduce yourself and tell us something about your books.

Hi! I’m Indie Author Susan Renee! I popped my indie author cherry last November with the release of SOLVING US and released my second novel, SEVEN, this past May!

What genres do you write in?

When did you first realize you wanted to be a writer?

I don’t think it was so much that I WANTED to be as much as it was that I knew I COULD be. I had given it thought years and years ago as I was looking into colleges but chose a different path. I suppose somehow life has a way of placing you right where you belong.

How long does it take you to write a book?

Well my first book, SOLVING US, took about a year from the day I decided I was going to write. It takes time to put pain and raw emotion to paper. SEVEN took about six months, and my third book, HOLE-PUNCHED is taking longer than I want it to, but I also want it to be good and since I’ve never written a romantic comedy before, it takes time, you know, to make sure I’m funny 😉

How do your books get published?

Where do you get your information or ideas for your books?

SOLVING US is a story that I created in order to write out the raw feelings I had toward my life at the time. My idea for SEVEN literally came from a conversation I had with my husband in bed one night. HOLE-PUNCHED came about because of what my husband does for a living 🙂 I promise it’s going to be good!

What was one of the most surprising things you learned in creating your books?

That I can actually DO THIS! That my words touch people and that those messages I get from fans/readers can make my day in an instant!

A HOT MESS!! I take only a few notes to get me started, then I just write…a little each day. Sometimes I ask my fans questions that help me along and I have a team that sort of beta reads for me as I go. They help me a ton!

Do you have any strange writing habits?

Well I don’t write naked or anything, if that’s what you’re wondering 🙂

How important are names to you in your books? Do you choose the names based on liking the way it sounds or the meaning?

Some character names come from real people, but otherwise no. I try to think of a name that I feel really fits the character.

Is there a certain type of scene that’s harder for you to write than others? Love? Action? Racy?

I’ve only ever really cried once and that was writing the last couple chapters of SEVEN which is odd since my readers like to tell me how much chapter 1 killed them. The scene in SEVEN was more of an emotional celebration scene but man, it got me. I remember listening to the music that I was talking about in the book while writing and I just sat there crying while typing. And then I played the damn song again. What is WRONG with me?! 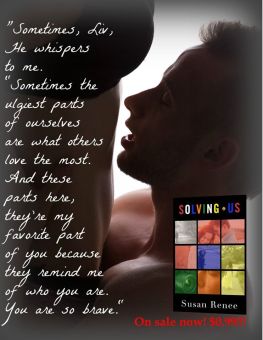 Have you written any other books that are not published?

Other than the one I’m working on now and the ones I have planned to come? No.

Currently working on anything?

Who are your favorite authors? Do you read many books by indie authors?

Meghan Quinn, Tara Sivec, K. Bromberg, Colleen Hoover, Sarah King, Gail McHugh, Deborah Anastasia, Helena Hunting….I could keep going…And YES I’m trying to read MORE AND MORE books by Indie authors especially! We ALL have a voice!!! I have several indie books on my desk WAITING for me to read them and I can’t wait!!

What is the toughest criticism given to you as an author?

(from a friend) That I’m working too fast. (From a reader): The vulgar language throughout the story. That one just came through the other day. It’s “tough criticism” I guess but I laugh it off. Language in my books is spoken how I would speak it so I’m guessing that reader and I wouldn’t be friends in real life 😉

What has been the best compliment?

1. My mother (an AVID romance reader) telling me how surprised and proud she is of my writing 2. ALL reviews from readers who tell me how much they loved the book/story or that they were touched by something I wrote. That’s the best compliment any author can get
.

Could you tell us a bit about your most recent book and why it is a must-read?

SEVEN is sort of a story about a second chance at life/love/peace. I really can’t say much without giving it away but one of my characters moves back to her home town after a personal tragedy and by chance, of course, runs into the one guy she hated in school. You can probably guess where the story might go there, except there is a twist that makes the “Second chance love” even more tricky. Oh and if my readers have anything to say about it, you’ll need tissues. #sorrynotsorry

Do your characters seem to hijack the story or do you feel like you have the reigns of the story?

BOTH!! Totally depends on where I am in the story!

Of all the characters you have created, which is your favorite and why?

I should probably say Olivia from SOLVING US because she’s me in so many ways, but I really loved and fell in love with Bryant Wood in SEVEN. His life isn’t as easy as it may seem and he’s dealt a tricky hand. I think he handles his demons like my husband would if they were his.

What do your friends and family think of your writing?

Uhhh….well….many of them TELL me they love the books! Whether or not they’re saying that because they’re family and maybe feel obligated? I guess I’ll never know.

What is your advice to Indie Authors? On writing? Marketing?

On Writing. Just keep writing. Try to come up with a new idea or a way to spin an old idea. MAKE FRIENDS with veteran writers. They’re always willing to help out! Marketing: Make friends with those bloggers who are excited to talk about BOOKS!!!! 🙂

Arch City Author Event signing – October 15th in Columbus Ohio HOLE-PUNCHED releasing HOPEFULLY before the holidays? YOU DON’T KNOW JACK SCHMIDT releasing spring 2017!
A huge thanks for sharing with us!
For more info check out the website!
https://www.facebook.com/AuthorSusanRenee/